This year's Chaos Communication Camp has been pretty damn awesome (and I'm very late to tell that... I know)! 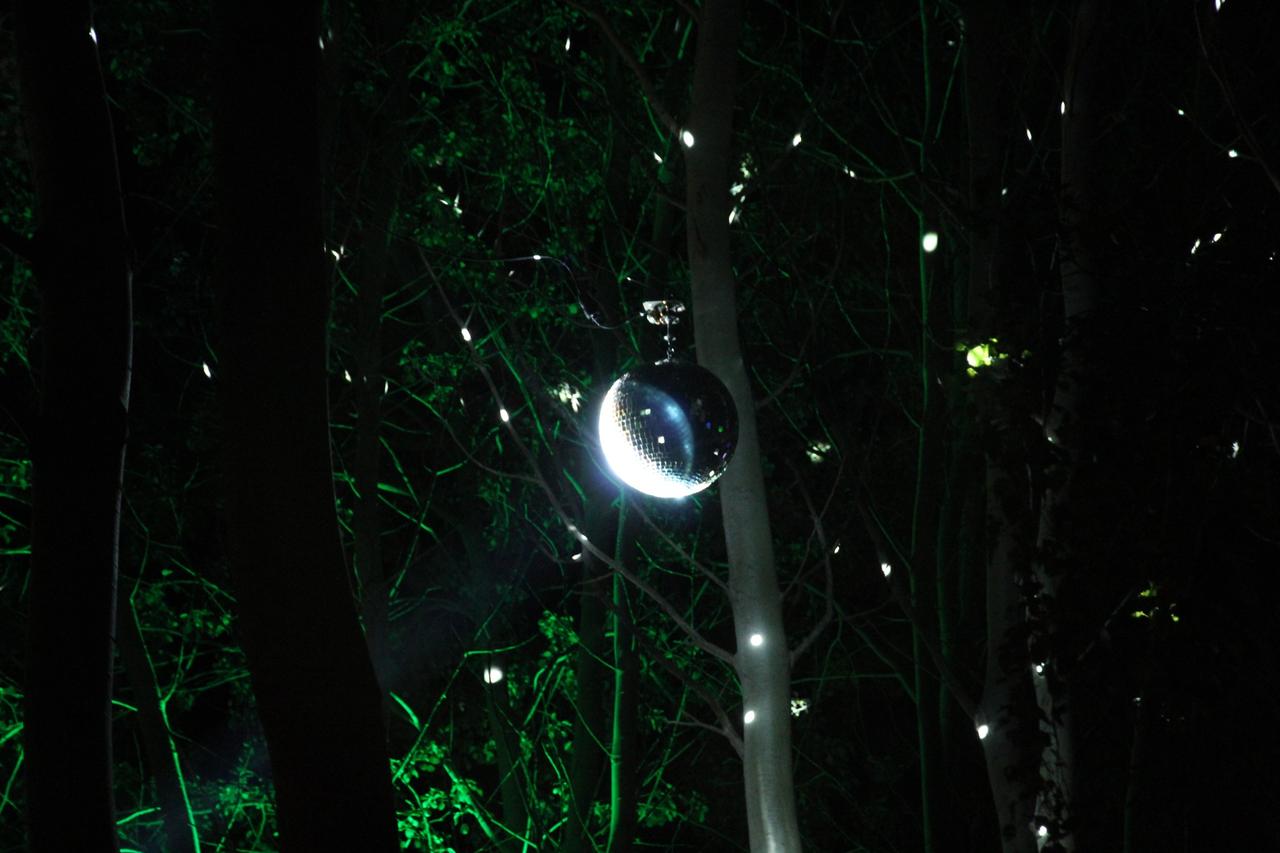 Disco ball in the trees at CCCamp2015

How best to begin to describe? It's pretty hard actually, as there was so much going on.
Possibly it would be best to start with the general direction of this event:

Before going to CCCamp2015 I tried to get in touch with people setting up the Audio Village there. Turns out, that there wasn't much of a solid group to build upon. Additionally it became more and more time consuming to plan ahead for the event, because of work.
Luckily though, I got in touch with silicium, who brought his van and his modular synthesizer, so we had some nice jams with some folks, namely hellais, psychotronic and störenfried. 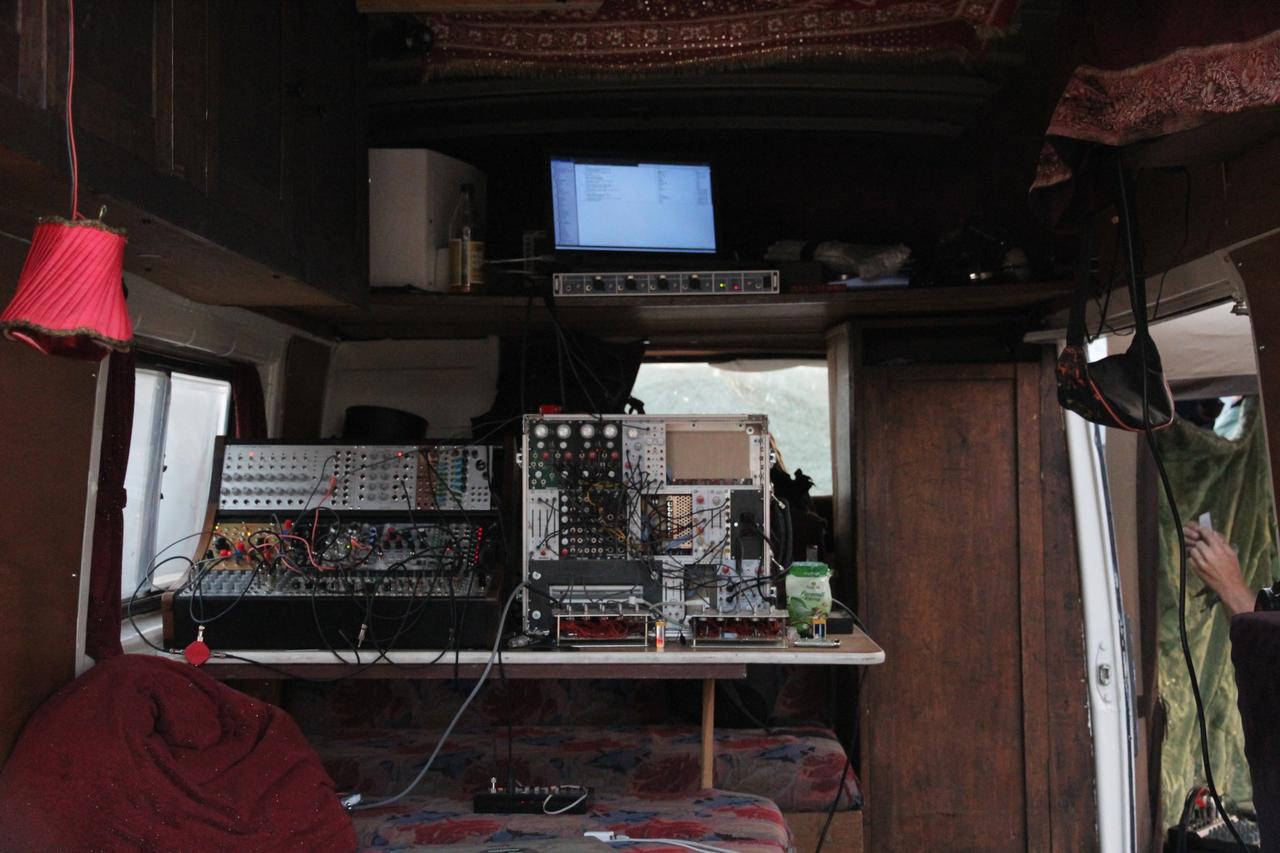 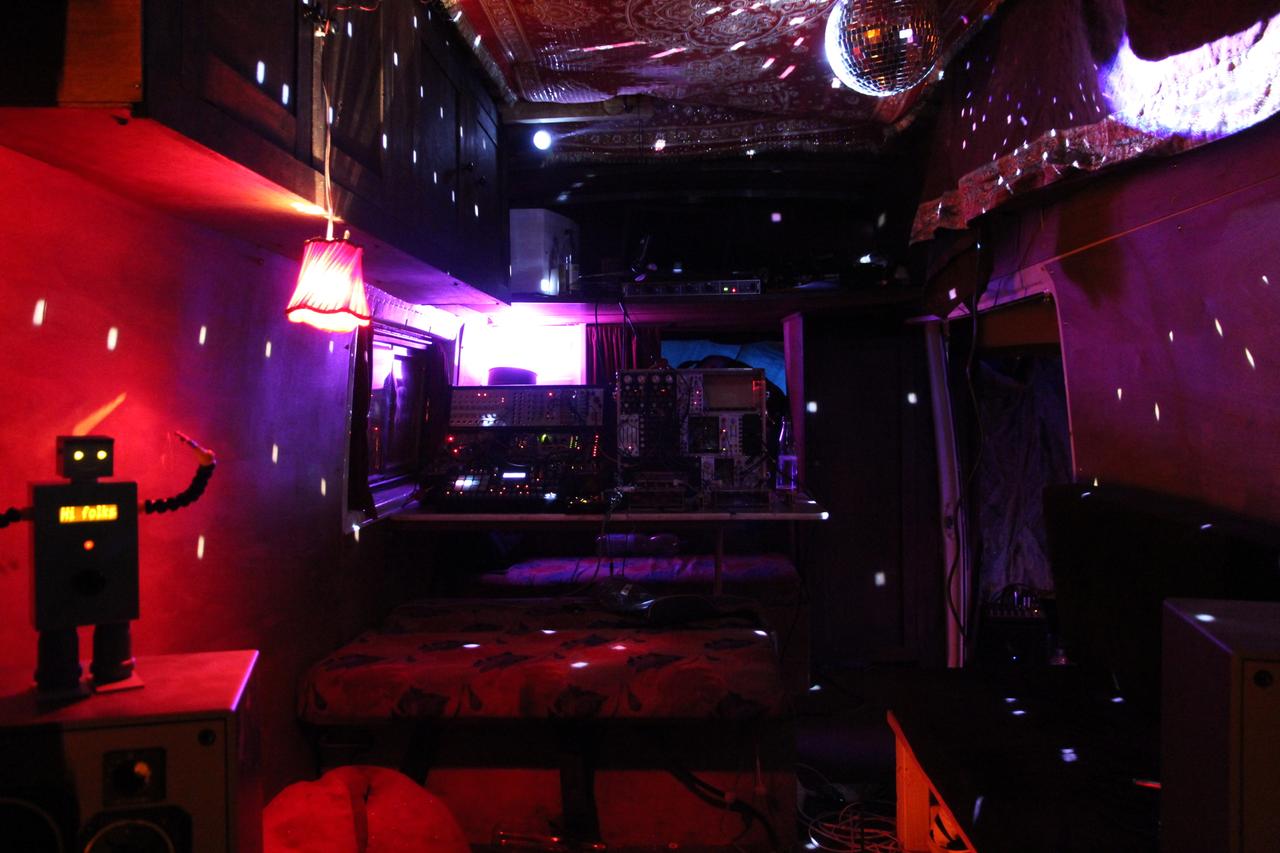 These are the recordings I made (as mp3). If you want some flacs, let me know!

Especially bumping into the latter again, after a first encounter at 2014's Bended Realities, was a very pleasant surprise.
To all of you, who don't know who Alwin Weber (aka. störenfried) is, go check out his website and book him for a soldering workshop, to make one of his famous noise toys! He's always a damn impressive positive force of nature to reckon with and generally a very pleasant person.
One of the main reasons for him being at CCCamp was actually to give workshops, alongside people like Mitch Altman. 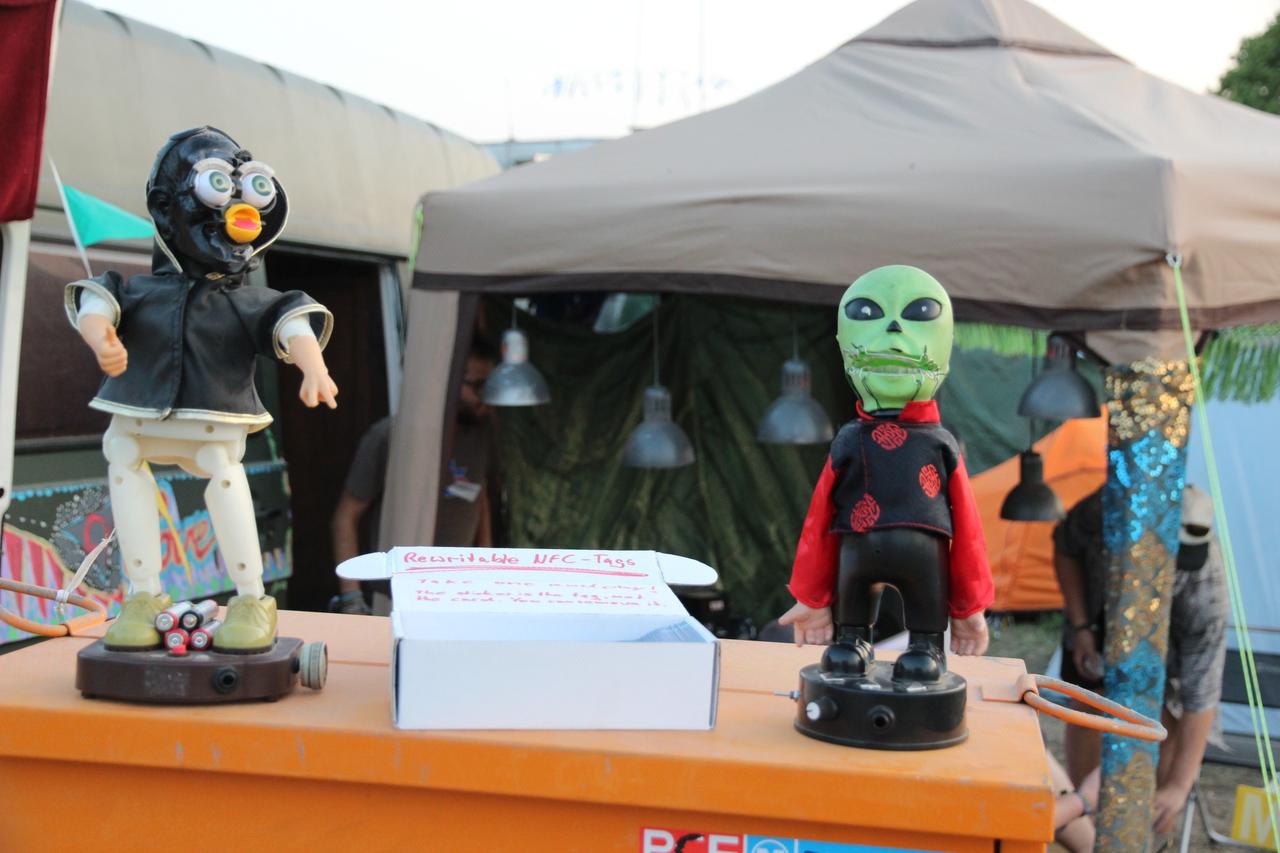 I also met a lot of nice people from c-base, v01d, Metalab and Erich Moechel (whose talk from 31C3 you should all watch!). 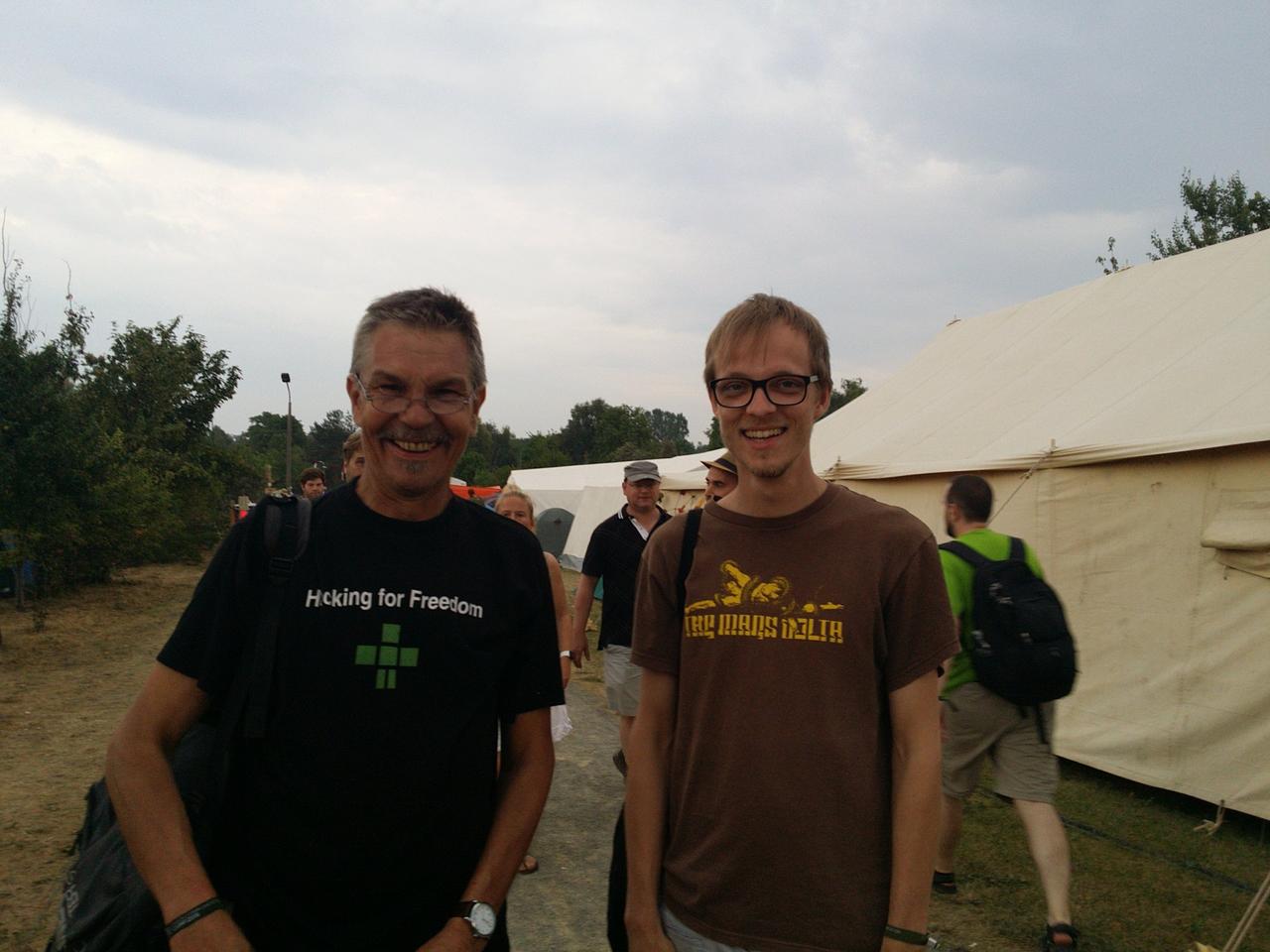 Additional to the awesome - most of the time purely moduluar - jams in the van, we (psychotronic, störenfried and I) also did a session in one of the old brick ovens and (störenfried and I) one in the Idiopolis dome.
Both were a lot of fun. The first one was pretty much a five hour playground/ freak show, the second more of a full on electronica/glitch/techno session (where we even made the camp organizers come over to turn down the music).
Idiopolis was proud.
So after all, the CCCamp2015 turned out to be much more DIY live music than I initially anticipated! What a pleasant surprise!
In between all that music madness, I helped cook some food at the c-base outpost, hung out at v01d village with d1g, swam some rounds in one of the nearby lakes and nearly slept through the entire big storm on Saturday. 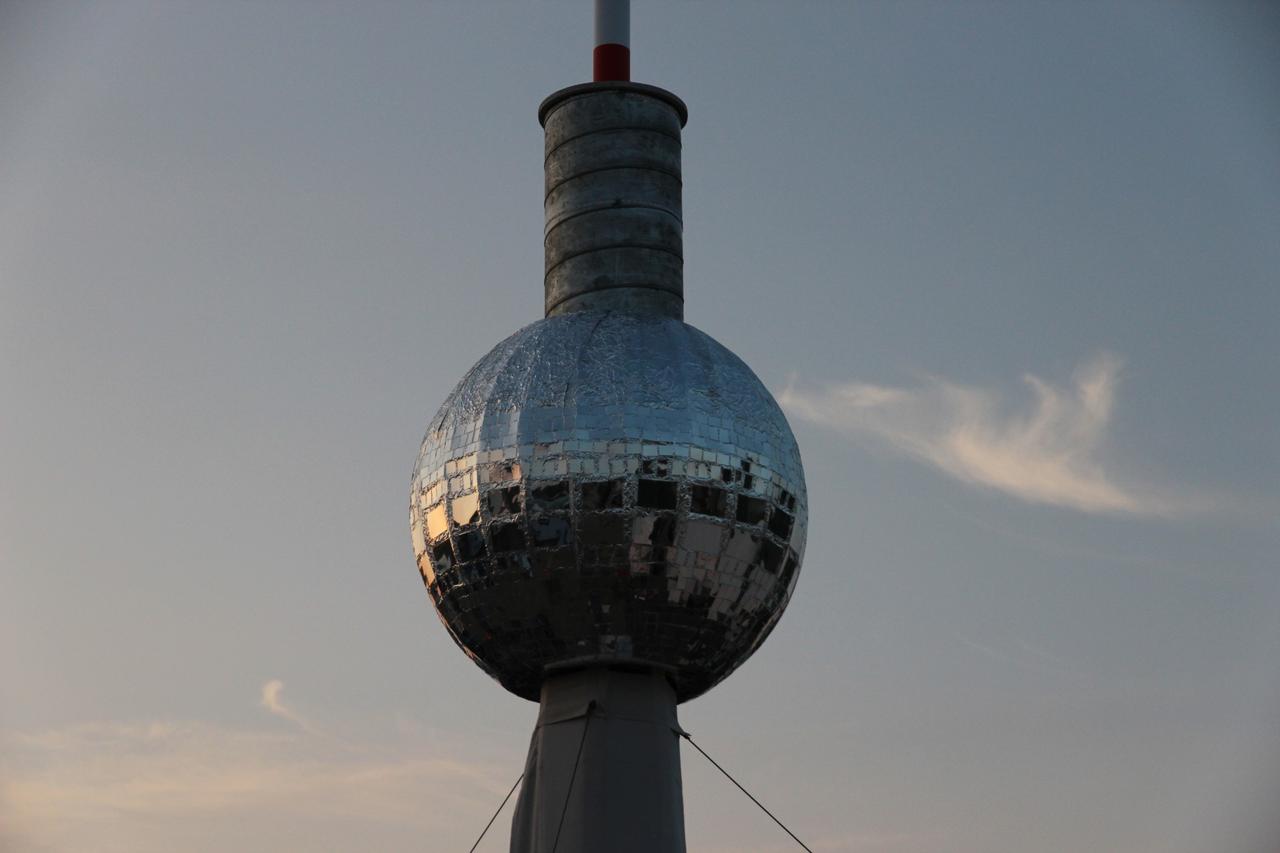 The antenna of c-base outpost

There was not much time to actually finish up on anything, or even configure/ use my rad1o much.
All in all, CCCamp2015 was a great experience (although there are really way too many stories to tell) and I'm already looking forward to the next one!